Recently, we introduced our Cuisine Decoder series that is meant to help customers become more familiar with the amazing variety of cuisines local Tampa Food Trucks offer, and hopefully encourage the culinary timid to step outside of their comfort zone to experience new and exciting dishes such as Cajun cuisine.

If you have never been to Louisiana, and hear the words Cajun or Creole, you probably think spicy, or so hot that you will start sweating. While spices are common in Cajun dishes, only a small amount of them bring the heat- yet, all of them bring flavor. Cajun, or creole, blends French, West African, Amerindian, Spanish, Portuguese, and Italian influences, as well as general Southern cuisine. Cajun food blends a short list of simple ingredients- such as a protein, vegetables, and herbs- into an amazingly flavorful dish that will have you craving more!

This rustic, comfort cuisine is often focuses on shrimp and/or pork sausage as their protein staples in many dishes. These proteins are usually blended with the "holy trinity" of Cajun flavor- the aromatic bell pepper, onion and celery- and the "pope" also known as garlic.

Here are a few of the most popular Cajun dishes: 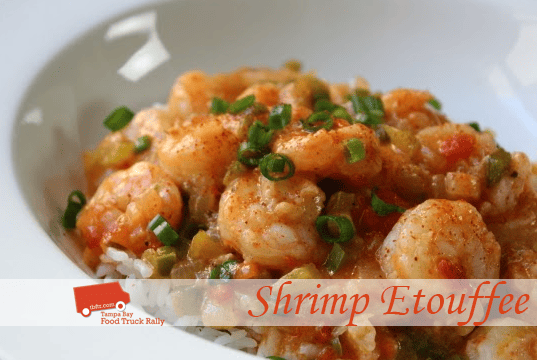 Cajun term for smothered meat or seafood, cooked with a roux and the Cajun "Holy Trinity" (onions,

celery, and bell pepper). Usually served with rice. The term is derived from the French verb "etouffer", which means "to smother or suffocate." This dish does not use any roux.

GUMBOA Cajun/Creole delicacy of South Louisiana, reflecting its rich history: wild game or seafood (from the Acadians), thickened with okra (from the Africans), file (from the Indians), and roux (from the French). Called a "brown soup", gumbos are made with just about any meat you can find. Meats such as duck, chicken, blackbirds, pork or deer sausage, tasso, andouille sausage or seafood can be used singly or in any combination.