On September 23, 2011, the city saw its first food truck rally put together by Tasting Tampa, which had a division called Tampa Bay Food Truck Rally and has since branched off into its own entity. Our city has become one of the best cities to start a food truck as rated by the online trade magazine, Mobile Cuisine, in 2013 and only second behind San Antonio, Texas. The rallies bring hundreds of followers making them social hubs for food, fellowship and fun. Each truck has their own unique flare and style of cooking. The list of trucks at events can number from a handful to more than twenty depending on demand and location. In addition to working with current food trucks, we host our "How to Start a Food Truck" Seminar every other month for those interested in learning how to own and operate their own food trucks. Taco Bus has continually ranked among the Nation's premier trucks and visited by the likes of Guy Fieri fromDiners, Drive-Ins, and Dives. 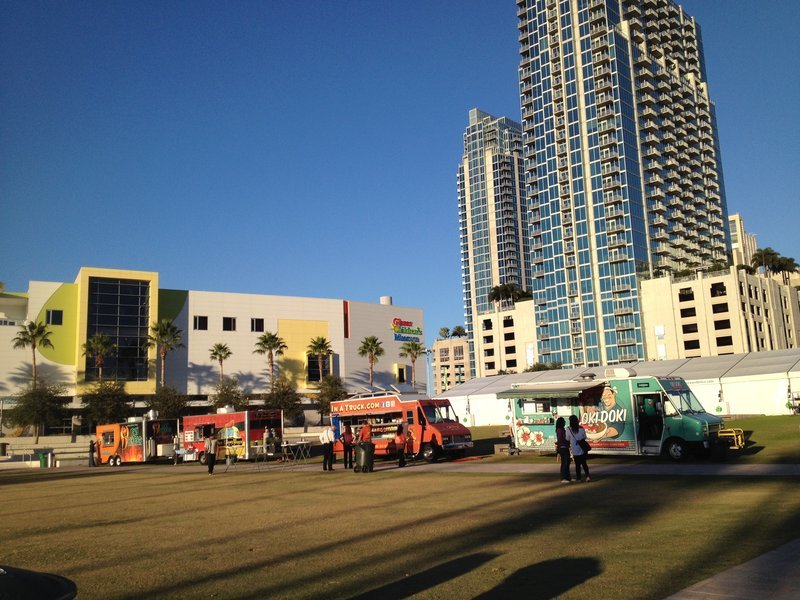 We are always on the lookout for new happening trucks that are as passionate about food as much as we are.

Tampa food trucks have been featured at events in Curtis Hixon Waterfront Park, aboard the SS American Victory Ship, at local schools, non-profit functions, for every professional sports team in the Bay Area, and local churches as well.

Some other words for food trucks are food carts, snack wagons, rolling restaurants, and the best thing since the Model-T!

Do you want to schedule a Tampa food truck?